Stop offending God with the blood of the innocents 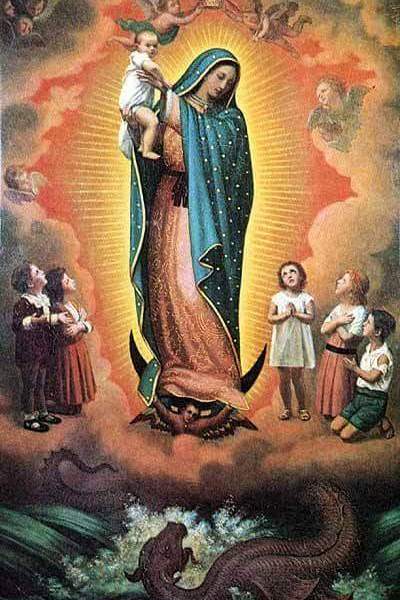 Before this servant of the Lord begins this blog, I have enclosed two video links from YouTube of two Reverend Fathers that perform exorcisms with approval from the Catholic Church. https://www.youtube.com/watch?v=8d5PkEZ6bvA and https://www.youtube.com/watch?v=TMcvZaiBwe4 . I hope this video can be translated into other languages because they have a lot to say about the evil that is running rampant in the world.

With the new abortion laws that are being enable in this country (United States), why do we “believers of the Most- High God” just stand back and say nothing? Catechism of the Catholic Church (CCC 2270)  “Human life must be respected and protected absolutely from the moment of conception. From the first moment of his existence, a human being must be recognized as having the rights of a person – among which is the inviolable right of every innocent being to life.” When something evil happens in another country, we are quick to say something. We flood social media with links and videos, we write our government official to intervene in the world. We send money to support organizations that are on the front lines of fighting injustices, yet, there are injustices going on here. In fact, if you look at the History of God’s people and the world, this evil of abortion has been going on for a very long time. It is a blood offering to demons. From the time of the Old Testament until now, that evil spirit has been called many names, but the root is the same. By killing a child, it is pleased by this evil action because it angers Almighty God and the people who participate in this ritual are being driven by demons to do it.

Genesis 4:10-11 “And the Lord said, “What have you done? The voice of your brother’s blood is crying to me from the ground.  And now you are cursed from the ground, which has opened its mouth to receive your brother’s blood from your hand.” Every single child that is murdered in the world, for whatever reason, their blood is crying out to Almighty God for justice. The world will say for you to kill your child because you must think about your career, or maybe they are telling you that you have too many kids already, or that you need to think about yourself only. Some will even tell you that a child in the womb doesn’t have a soul, but it’s only a “blob of tissue” with no sense of reason.  They will describe it for you in a Metaphysical way. “Because a fetus is only a matter of tissue that is formed inside the body, it has no soul. So, because it has no soul, it is not a living being with reason. So, to conclude, that because this fetus is born without a soul or without natural reason, then it shouldn’t bother you to abort it, because it is not a human being”. St. Thomas Aquinas in his writing, the “Summa Theologica Q. 76” Objection 4. Further, power and action have the same subject; for the same subject is what can, and does, act. But the intellectual action is not the action of a body, as appears from above (I:75:2). Therefore neither is the intellectual faculty a power of the body. But virtue or power cannot be more abstract or more simple than the essence from which the faculty or power is derived. Therefore neither is the substance of the intellect the form of a body.

Objection 5. Further, whatever has per se existence is not united to the body as its form; because a form is that by which a thing exists: so that the very existence of a form does not belong to the form by itself. But the intellectual principle has per se existence and is subsistent, as was said above (I:75:2). Therefore it is not united to the body as its form.  St. Thomas Aquinas argues that the “The human soul, by reason of its perfection, is not a form merged in matter, or entirely embraced by matter. Therefore there is nothing to prevent some power thereof not being the act of the body, although the soul is essentially the form of the body” and “The soul communicates that existence in which it subsists to the corporeal matter, out of which and the intellectual soul there results unity of existence; so that the existence of the whole composite is also the existence of the soul. This is not the case with other non-subsistent forms. For this reason the human soul retains its own existence after the dissolution of the body; whereas it is not so with other forms.”

St. Thomas Aquinas points out that our bodies are more than just matter, it is something that is created by an “All-Powerful Being”. For how can one deny that humans are not born with greats gift? If we were just “brute animals”, then why would God bother to make us any special than any of all his creation? (CCC 357) “Being in the image of God the human individual possesses the dignity of a person, who is not just something, but someone. He is capable of self-knowledge, of self-possession and of freely giving himself and entering into communion with other persons. And he is called by grace to a covenant with his Creator, to offer him a response of faith and love that no other creature can give in his stead.” God created us with skills and talents from the beginning. Everyone has the potential to be something great. Each person has a “special mission” on this earth for him. God is not looking for everyone to be a doctor or a lawyer. No matter what skill level or talents that you have, it is all used for the Glory of Almighty God. God created humanity to be a community. We are all called to live in a universal brotherhood and sisterhood.  Psalms 139:13-18 “For thou didst form my inward parts, thou didst knit me together in my mother’s womb. I praise thee, for thou art fearful and wonderful. Wonderful are thy works! Thou knowest me right well; my frame was not hidden from thee, when I was being made in secret, intricately wrought in the depths of the earth. Thy eyes beheld my unformed substance; in thy book were written, every one of them, the days that were formed for me, when as yet there was none of them. How precious to me are thy thoughts, O God! How vast is the sum of them! If I would count them, they are more than the sand. When I awake, I am still with thee.” God created every person in his image and likeness because he wanted to share his love to us. Because God loves us, he made us special above all animals and all of creation, therefore, because we are created in the image of Almighty God, we as human have a special place in his heart, because our wills were made to serve and worship the love who loves and created us.

Sirach 49:7-9 “For they had afflicted him; yet he had been consecrated in the womb as prophet, to pluck up and afflict and destroy, and likewise to build and to plant. It was Ezekiel who saw the vision of glory which God showed him above the chariot of the cherubim. For God remembered his enemies with storm, and did good to those who directed their ways aright” God loves us, even when our weak human passion offends him. We are all called to a greater level of holiness. That baby that you decide to abort, could have been a doctor to finally find the cure for AIDS, maybe he/she will be the next great philosopher. That baby could even be the next great leader that will end injustice in the country they are from. We will never know until the end of time, because they have been robbed from the future. We need to stop playing God and let God alone decide who lives and who dies. For who among us can tell the sun to set? Can you command the winds and the waves to obey you? Do you have the power to direct the entire universe? Can you free people of sins? Only God has the power to move time and space, only God can forgive sins and only God has the Authority and Right to choose special people on the earth to bring others to him.  Jesus came to the earth as the Word Incarnate, to teach us about how much God loves every one of us. Jesus offered himself as a perfect sacrifice to God. We must stop this senseless killing of the innocent, for God is already offended by the sins of humanity. (CCC 1703) “Endowed with “a spiritual and immortal” soul, the human person is “the only creature on earth that God has willed for its own sake.” From his conception, he is destined for eternal beatitude.”

Eternal and Loving God, we ask you to forgive humanity for killing your creation. We ask for pardon on behalf of those that throw away the blessing of that child that you have given to that mother. We don’t have control on the circumstance of the terrible things that happen in our lives, but we have no right to be like God and decide who lives and who dies. We ask that these mothers and fathers receive the healing that they need. We beg you Almighty God to end the blood sacrifices that are being done in this world! We humbly invoke Our Lady of Guadalupe, to crush the head of Satan and close all the abortion clinics around the world. We beg Jesus to open the eyes of the world and break the stones that are blocking their hearts. We ask this in the Name of The Most High God, Amen.

May God’s Mercy and peace come upon you always,