The Devil, the defiler of the world 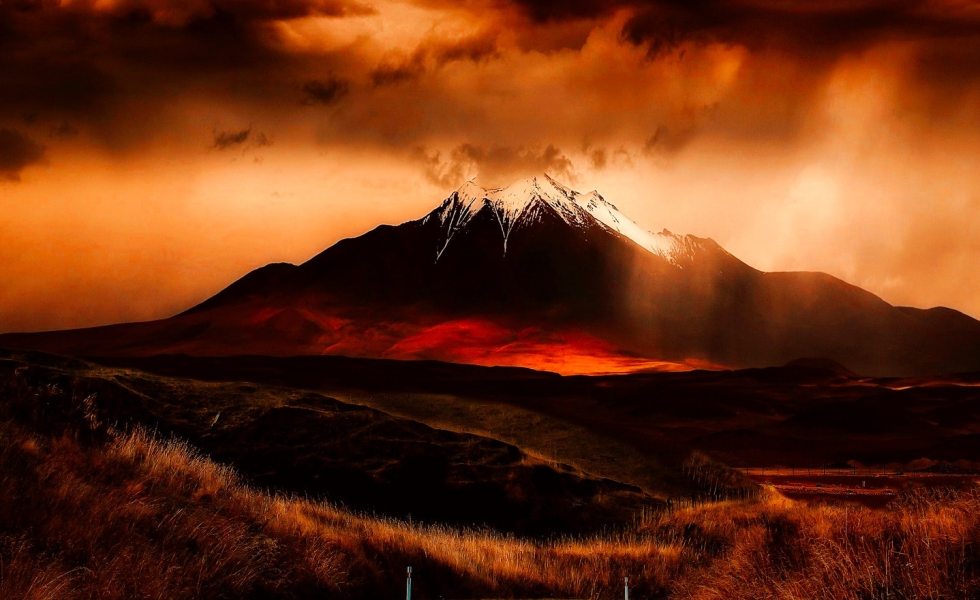 Continuing with Part 2 here, I will explain how personal sins are (involuntary or voluntary) helps aids him in the quest to bring souls down and accelerate the destruction of man. From my last blog, I explain that when God created the angels before he created the world and man, everything had a pecking order. Like a military structure, you have those closest to God (like he used to be) and those down in the bottom (example would be a guardian angel) that is assigned to each human being that is born. Because one-third of the angels rebelled against God and was cast out of heaven into the abyss, a pecking order was established. The Earth was his domain after Adam and Eve fell from God’s graces. So, he now had full rain of everything around him. As time progressed and humans began populating the earth, he didn’t waste no time in corrupting the hearts of man, which lead to the flooding of the earth and Noah building the Ark. Genesis 5:32-5 5 The Lord saw how great the wickedness of the human race had become on the earth, and that every inclination of the thoughts of the human heart was only evil all the time. The Lord regretted that he had made human beings on the earth, and his heart was deeply troubled. So the Lord said, “I will wipe from the face of the earth the human race I have created—and with them the animals, the birds and the creatures that move along the ground—for I regret that I have made them.” But Noah found favor in the eyes of the Lord. Because of the Mercy of God, Noah could live with his family along with the chosen animals to repopulate the earth. You must understand; the devil and his army have been watching humanity since the beginning of time. They have supernatural abilities and skills that was given to them, now used to aid their dark lord in bring the death of man.

We see even how the devil directly challenges God and even ask permission to attack his holy ones. Job 1:6-12 One day the angels came to present themselves before the LORD, and Satan also came with them. The LORD said to Satan, “Where have you co me from?” Satan answered the LORD, “From roaming throughout the earth, going back and forth on it.” Then the LORD said to Satan, “Have you considered my servant Job? There is no one on earth like him; he is blameless and upright, a man who fears God and shuns evil.” “Does Job fear God for nothing?” Satan replied. “Have you not put a hedge around him and his household and everything he has? You have blessed the work of his hands, so that his flocks and herds are spread throughout the land. But now stretch out your hand and strike everything he has, and he will surely curse you to your face.” The LORD said to Satan, “Very well, then, everything he has is in your power, but on the man himself do not lay a finger.” Then Satan went out from the presence of the LORD. God permitted this to show Job humility and that God is more powerful then evil. After Job ask for forgiveness in speaking poorly against the Lord, God restored him everything he had before Job 42 7 After the LORD had said these things to Job, he said to Eliphaz the Temanite, “I am angry with you and your two friends, because you have not spoken the truth about me, as my servant Job has. So now take seven bulls and seven rams and go to my servant Job and sacrifice a burnt offering for yourselves. My servant Job will pray for you, and I will accept his prayer and not deal with you according to your folly. You have not spoken the truth about me, as my servant Job has.” So Eliphaz the Temanite, Bildad the Shuhite and Zophar the Naamathite did what the LORD told them; and the LORD accepted Job’s prayer. After Job had prayed for his friends, the LORD restored his fortunes and gave him twice as much as he had before. When we suffer, who do we always blame? It’s very easy to blame God, because a demon is speaking in your ears, in your mind, tugging at your heart. Why do you think that when bad things happen, you hear people say Why me God? Or “I was such a great person in life” “I gave money to the poor and this is how you repay your servant?” I go to on and on, but you get the point. If you see suffering as a test of faith, then, by the mercy of God, you can overcome the issues and come out a stronger person. The demons want you to do all kinds of wrongs. They want you to be a rebel too, just like them!

The Devil will tell you that you are your own “god”. You don’t need to follow some guy in the sky who sitting on a cloud. Your smart, you make 250,000 a year. You can buy and do whatever you like. Rules? Nah, those things are meant to keep you down and stop you from enjoying happiness. He will spin anything and everything he can. 1 Kings 14:9 You have done more evil than all who lived before you. You have made for yourself other gods, idols made of metal; you have aroused my anger and turned your back on me. The “defiler in Chief is extremely pleased when you do his bidding. He enjoys it more when you do things to harm your body. Why? Because you were made in the Image and likeness of God. Your body is a temple of the Holy Spirit. He loves is when you do drugs, you over indulge in many pleasures and when you commit immoral acts against your body or a body of another human (pornography, etc.) Isaiah 5:20 Woe to those who call evil good and good evil, who put darkness for light and light for darkness, who put bitter for sweet and sweet for bitter, Isaiah 32:6 For fools speak folly, their hearts are bent on evil: They practice ungodliness and spread error concerning the LORD; the hungry they leave empty and from the thirsty they withhold water.

I will end part two with this prayer That the Laity can say in private prayer against the forces of darkness. (This is not from the book of Exorcism, Only A Catholic Priest with the Permission and Authority from the Bishop can read from that book) Most gracious Virgin Mary, thou who wouldst crush the head of the serpent, protect us from the vengeance of the evil one. We offer our prayers, supplications, suffering and good works to you so that you may purify them, sanctify them and present them to thy Son as a perfect offering. May this offering be given so that the demons that influence us (could influence us or name the person) do not know the source of the expulsion and blindness. Blind them so that they know not on whom to take vengeance. Blind them so that they may receive the just sentence for their works. Cover us with the Precious Blood of thy Son so that we may enjoy the protection which flows from His Passion and Death. We ask this through the same Christ Our Lord. Amen.