The fall of the angels 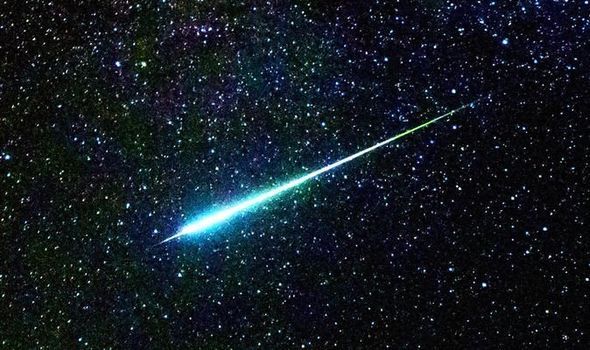 The choice that changes everything

Rejecting the gift of existence from God

When someone gives you something, especially when it is unexpected, you’re incredibly grateful. You are joyful, excited and feel blessed. You would naturally say “Thank you!” or some other gesture of gratitude. You would think that when God created the invisible world. Those beings would be thankful to their creator. Since God is good, his newly created being is also good. Some of them were. They were ready and willing to serve God and more than happy to carry out their assigned mission. But before they were tasked in their new role, The Church Fathers speak of a test that God himself wanted them to go through. During this test, one of them, being the most beautiful, most intelligent and had more power than the rest, made a decision that would change the angelic order.

Allow me to share the words from the Prophet Isaiah, Isaiah 14:12-15

“How you are fallen from heaven,
O Day Star, son of Dawn!
How you are cut down to the ground,
you who laid the nations low!
You said in your heart,
‘I will ascend to heaven;
above the stars of God
I will set my throne on high;
I will sit on the mount of assembly
in the far north;
I will ascend above the heights of the clouds,
I will make myself like the Most High.’
But you are brought down to Sheol,
to the depths of the Pit.”

“Behind the disobedient choice of our first parents lurks a seductive voice, opposed to God, which makes them fall into death out of envy. Scripture and the Church’s Tradition see in this being- a fallen angel, called “Satan” or the “devil”. The Church teaches that Satan was at first a good angel, made by God: “The devil and the other demons were indeed created naturally good by God, but they became evil by their own doing.”

He was not limited in any way like human beings are. He did not need a body and his intellect was more responsive than others. He, nor any of the other angels were bound to any physical space. Since they were outside of time, they were present when they decided to carry out their rebellion. The angels had a superior thinking about and did not need to weigh things out, like we do as human beings.  An example of this would be if you had a son, and you tell your son, “Please don’t take any money out of my wallet to buy ice cream.” Yes, you heard what your father asked you. But then you start to think to yourself, “Well I’ve been good, I know what I’m doing and I know my dad told me not too, but I want that ice cream from the store. I do not care what he said. I’m going to satisfy my needs, my wishes, my desire” So the young man heard his father’s request, he clearly understood the actions of this dilemma and clearly weighed everything out. He made the choice, knowing that it would anger his father. The child bitingly chooses to disobey his father. That is what the devil did, when he rejected God.

CCC 392 (Catechism of the Catholic Church)- “Scripture speaks of a sin of these angels. This “fall” consists in the free choice of these created spirits, who radically and irrevocably rejected God and his reign. We find a reflection of that rebellion in the tempter’s words to our first parents: “You will be like God.” The devil “has sinned from the beginning”; he is “a liar and the father of lies”. Many other Church Fathers like Saint Augustine, believe that the decision to reject God was based on the plan that was shown to them. It was said that they were told a lower creature was going to be created in the Image and Likeness of God and that the Second Person of the Most Holy Trinity was going to take the form of a human being and called Jesus. He is going to have a human mother and she was going to be called Mary and she would be the Queen of the angels and they would serve God in Christ Jesus and Honor Mary his mother. I could only imagine the uproar in heaven. My interpretation of what they said among themselves. “What!!!!!!! We are the most beautiful thing that God created in the known cosmos. How dare he, to create such a worthless creature! We, who have been given power to destroy cities, bring fire from heaven and can travel anywhere in time, must serve man? Then God is going to take the form of a man and be called Jesus Christ, the Son of God! Then a lowly worm of a creature, called Mary is to be his Mother and we must obey her wishes and then obey God Almighty and serve man! Then, the infamous words were spoken in heaven…Non Serviam (I will not serve). Lucifer, a seraphim angel of the highest rank spoke out and then communicated his wishes to the other angels.

Again, since they did not have minds or need a body. They knew and understood everything. They know the full consequences of the choice that they are making. They did not need to have a “time out” or think about the actions that were about to take place. Some of the angels accepted his choice and rebelled against God as well, but then a lowly Archangel of the lower rank spoke out. He cried out that everything in the cosmos heard him…… “Who can be like God?” It was Saint Michael the Archangel that lead the charge with the Good angel who choose to obey God.  CCC 393– “It is the irrevocable character of their choice, and not a defect in the infinite divine mercy, that makes the angels’ sin unforgivable. “There is no repentance for the angels after their fall, just as there is no repentance for men after death.” God allowed all this to happen. He then orders Saint Michael and the other angels who chose to happily serve God and be obedient to his wishes, cast Satan out of heaven.  It would seem incredible that an angel, who had all the gifts, all the talent, all the responsibility to just turn his back on his creator. Why are demons so ugly? Because they choose to be. Some may ask, if they had a chance would they not have changed their minds and remain with God? The simple answer is No! They had full knowledge of what they were doing and if they could have repeated the same choice in the year 2020, they would.  Forever they are the enemy of God and now have declared war on us. Ladies and gentlemen, this is a battle for our very existence. Our eternal destination is at hand! Now is the time. Do we choose to Follow Jesus Christ or do we choose to follow the fallen angel Satan?

Let me end with the Prayer of Saint Michael,

Saint Michael the Archangel defend us in battle. Be our protection against the wickedness and snares of the devil; May God rebuke him, we humbly pray; And do thou, O Prince of the Heavenly Host, by the power of God, thrust into hell Satan and all evil spirits who wander through the world for the ruin of souls. Amen!

Let us ask for the grace of the Lord Almighty God to help us in the trials of life. Listen to the words of the prophets, listen to the teaching to the disciples of Jesus. Follow the example of the Holy Men and women who have fought against the darkest temptations. Invoke the Mother of the Most -High God, Mary-Queen of Heaven, and earth. Pray the Angelic Psalter, the Holy Rosary that was given to Saint Dominic de Guzman, to convert heretics and fight against evil.  For this I pray, Amen!

God Bless you all,